Successful production of electricity from geothermal heat was first achieved in Larderello in Italy, in the early 1900s. Since then, the production of geothermal electricity has steadily increased. Unlike other weather dependant renewables, geothermal is available 24 hours a day, every day of the year, to match the consumer demand of providing grid stability.

Geothermal energy comes from wells drilled into the earth to reach a reservoir. Steam or hot water are piped to the surface to power a turbine that generates electricity. A power plant has a capacity ranging from 1 to 40 Megawatts electric to produce baseload electricity. These plants require high temperatures in deep reservoirs to produce electricity. But temperature and depth can vary widely according to the different regions and the characteristics of the site. Moreover, with the most recent technological developments, like Enhanced Geothermal Systems, make it now possible to produce geothermal electricity anywhere, and not only in areas with rich geothermal reservoirs.

Geothermal electricity is key to stabilise the grid and reduce the overall system costs of future electricity systems. Providing a local source of electricity for the base load will also allow the total energy bill to decrease and make energy more sustainable and affordable.

The systems for geothermal electricity production can be subdivided in three main categories, which are also linked to the temperature ranges:

Besides the temperature range, the methods of exploitation of geothermal energy can be further subdivided in two main categories:

In electricity applications, the commercialization and use of EGS can play a central role in establishing the size of the contribution of geothermal energy to long term GHG emissions reductions. The estimated technical potential for geothermal electricity and geothermal heat excludes advanced geothermal technologies that could exploit hot rock or offshore hydrothermal, magma and geopressured resources.

The future looks strong for increasing geothermal electricity production, and with the right tools and continued efforts to break down barriers, the process can be accelerated to make the best use of this dynamic resource.

The GEOELEC project, funded by the EU from 2011-2013, actively worked to increase geothermal electricity generation in Europe, with the objective to double installed geothermal power capacity in Europe from 11 TWh per year in 2010 generated mainly in Italy and Iceland, to 22 TWh per year in the short/medium term and initiate new projects in every EU member state leading to 55 TWh per year by 2020.

The project also looked at concrete actions to reach these objectives, for example conditions for financial feasibility, regulatory frameworks, and public acceptance. 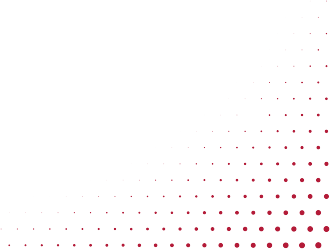 The key role of geothermal energy in the electricity market

EGEC, the European Geothermal Energy Council, is a non-profit international organisation founded in 1998 to promote the European geothermal industry and enable its development both in Europe and worldwide, by shaping policy, improving business condition, and driving more research and development.